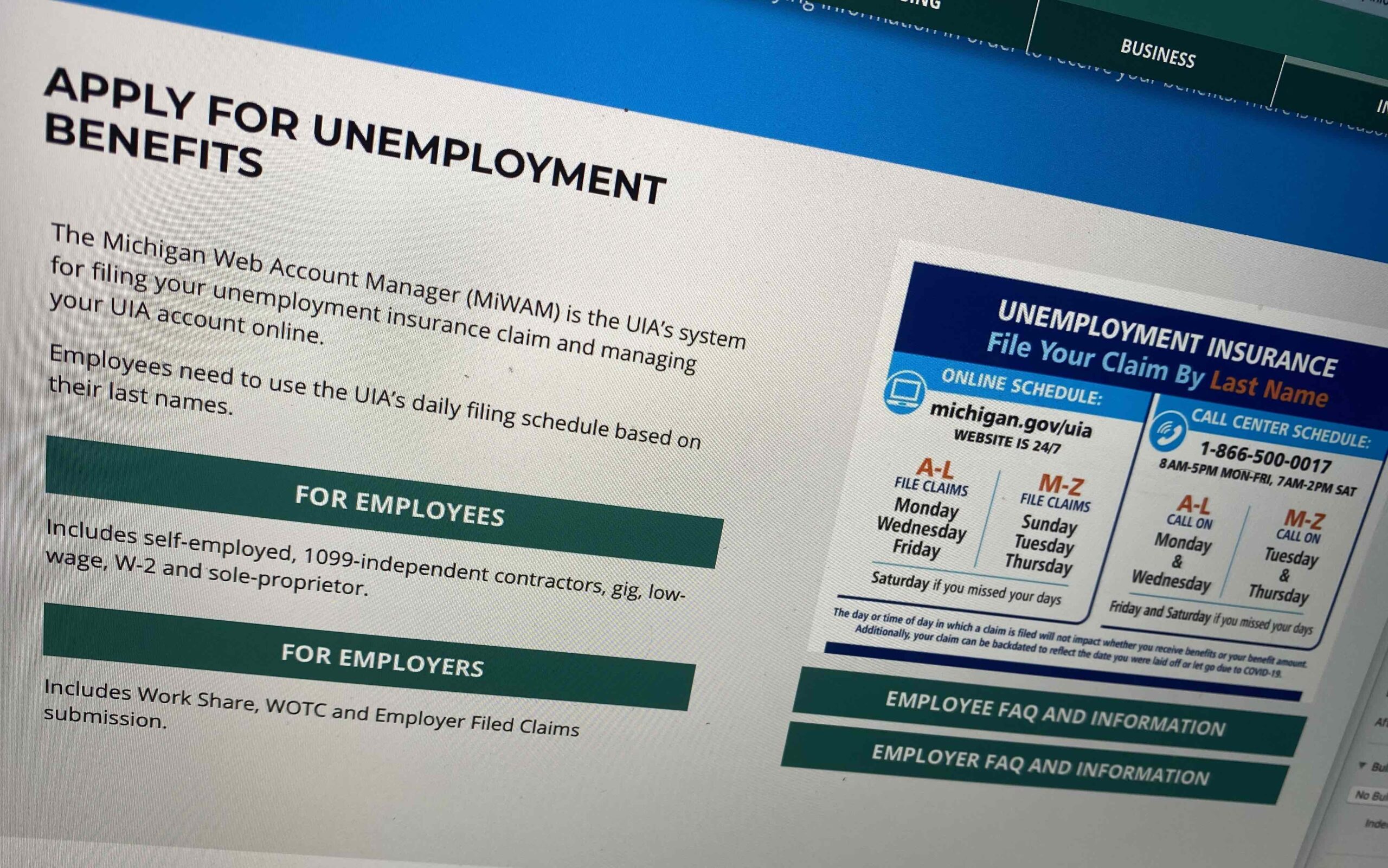 The request comes after five months of issues at the Unemployment Insurance Agency as it attempted to process a record number of unemployment claims amid mass layoffs caused by the coronavirus pandemic.

Some unemployed people waited several weeks before they received even an initial payment, thousands of accounts were temporarily suspended on suspicion of fraud and a state employee was charged in July with abetting that fraud, according to the statement from Rep. Matt Hall of Marshall and Sens. Aric Nesbitt of Lawton and Ed McBroom of Vulcan.

“The UIA has told our committee that problems are being taken care of, but I regularly hear from people who had to wait eight or 10 weeks for a response from the agency about their claims, and even longer for their situation to be resolved,” said Hall, who chairs the Joint Select Committee on the COVID-19 Pandemic.

The agency, spokesman Jason Moon said, “will provide all information necessary to comply with any audit that may be conducted.”

The request specifically asks Auditor General Doug Ringler to conduct a series of performance audits. Among the areas reviewed would be the vetting and training of new hires, computer access policies for fired employees, claims processing delays and “a lack of communication between UIA and these aggrieved clients,” Hall, Nesbitt and McBroom wrote in their letter.

The lawmakers also asked Ringler to review the agency’s ability to combat fraud.

“The Unemployment Insurance Agency repeatedly touts having fixed problems, only for us to discover these bureaucratic blunders continue, so the Auditor General needs to investigate in order for state government to be better prepared in the future,” said Nesbitt, who led a Senate resolution earlier this summer calling for a financial and performance audit of the agency.

At the peak of the pandemic, the state of Michigan received hundreds of thousands of new unemployment claims a week instead of the pre-pandemic weekly average of 5,000.

Since the start of the pandemic in March, nearly 2.5 million people have applied for benefits.

The uptick in claims clogged up the UIA system, causing delays for thousands of claimants that lasted weeks and, in some cases, months.

Complicating the agency’s predicament was an onslaught of fraudulent claims that resulted in the temporary freeze of 340,000 accounts in June. The problem was experienced by several states throughout the nation as claims were processed as quickly as possible and the jobless aid was higher than usual.

In July, Detroit U.S. Attorney Matthew Schneider charged a state employee in a multimillion-dollar fraud scheme in which she allegedly released payments on hundreds of fraudulent claims and used the process to buy high-end handbags and luxury goods.