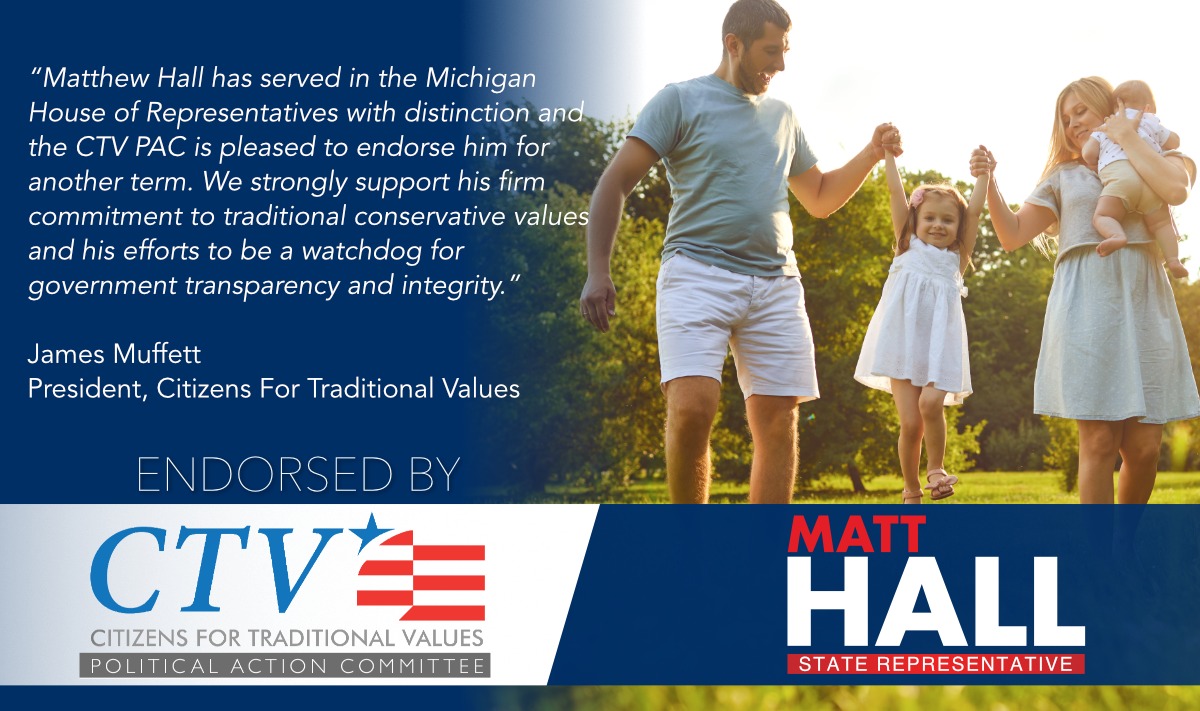 Citizens for Traditional Values (CTV) has proudly given their endorsement to Matt Hall in his re-election campaign for the state House of Representatives.

“Matthew Hall has served in the Michigan House of Representatives with distinction and the CTV PAC is pleased to endorse him for another term,” said James Muffett, Citizens for Traditional Values We strongly support his firm commitment to traditional conservative values and his efforts to be a watchdog for government transparency and integrity”.

Citizens for Traditional Values (CTV) is a nonprofit civic league founded in 1983 working on the grassroots level to encourage an active and informed citizenry in the State of Michigan. CTV seeks to broaden public understanding of the importance of personal freedom and traditional family values; and to work for the adoption of laws and public policies which reflect those values. This is accomplished by educating, networking, and mobilizing the pro-life, pro-family community.