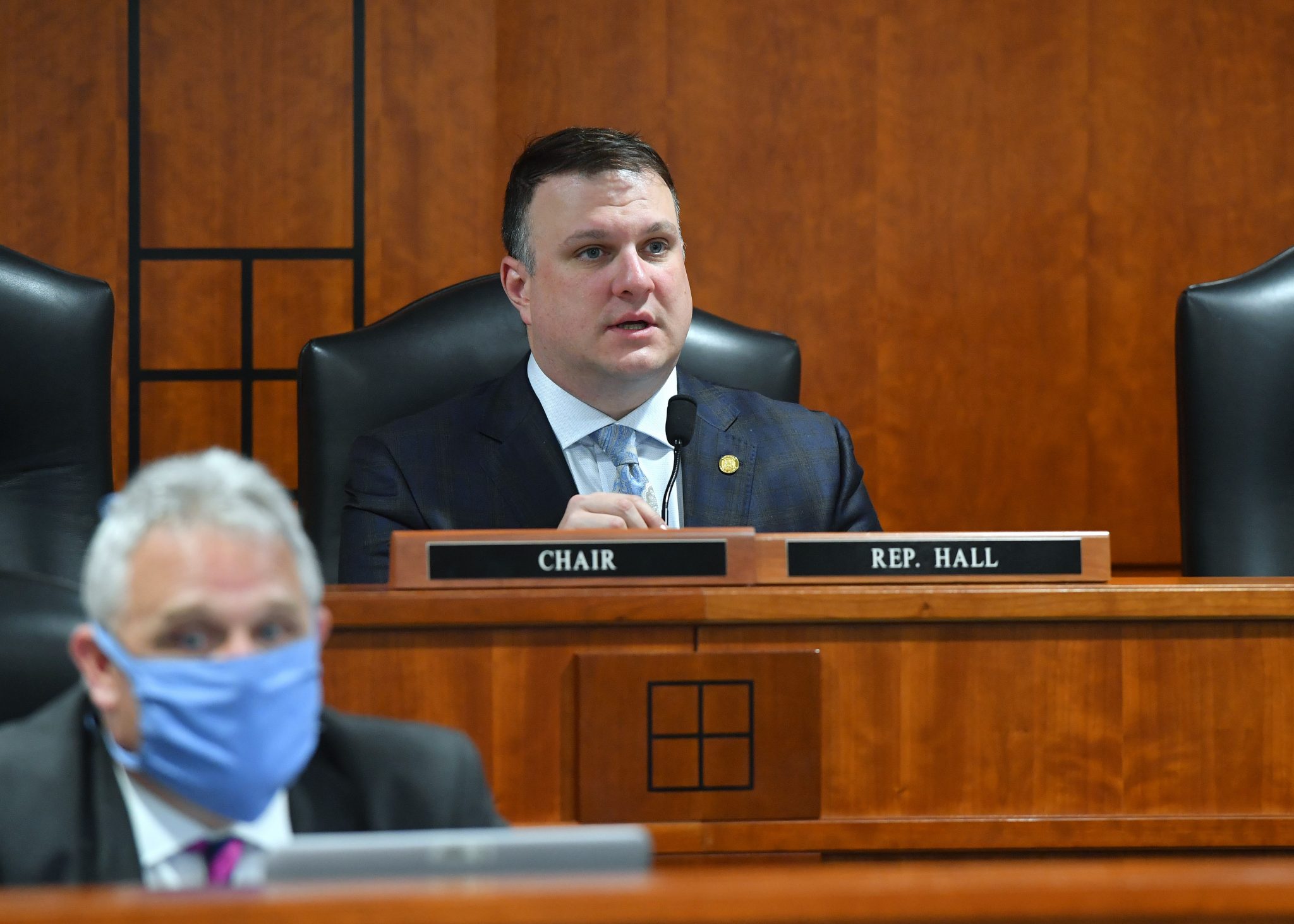 State Rep. Matt Hall, of Marshall, has been named chair of a new joint bipartisan oversight committee that will review past, present and future executive orders from the governor in the midst of the coronavirus outbreak and any issues that arise during their implementation.

The Joint Select Committee on the COVID-19 Pandemic features legislators from both parties in the House and the Senate and will better protect people. It also works to maintain pivotal principles in the structure of state government – checks and balances, involvement of the Legislature and its role as a conduit to the people it represents.

“Legislative oversight is an important part in the separation of powers within government,” said Hall, who also chairs a general committee devoted to oversight in the Michigan House. “It’s important to examine how the executive branch is functioning and ensure it’s working as effectively and efficiently as possible for the people it represents. I look forward to partnering with our colleagues in the Senate and digging into decisions that were made during this public health emergency – and ones that will continue to be made in the coming weeks.”

Gov. Gretchen Whitmer has issued several orders as COVID-19 cases have spread throughout Michigan. Some have drawn criticism, such as a letter threatening potential administrative action against the licenses of physicians who prescribe hydroxychloroquine to assist patients with the virus. The state’s Unemployment Insurance Agency has also been unable to handle a surge in unemployment applications, calling into question the readiness of both the department and the administration.

This week, the governor abruptly cancelled a contract with a partisan political software vendor that was slated to handle data related to the state’s coronavirus contact tracing project.

Hall said the committee allows the Legislature to examine such decisions and shape best practices for future instances.

“It’s important to hold state government accountable. We’re charged with looking into the questions and concerns we’ve heard from the people we represent on the administration’s decision-making and preparedness,” Hall said. “This practice is no different than the type of general oversight work we do year-round in Lansing. We’ve done so in a bipartisan, collaborative fashion and I expect that to continue through this select committee.”

Hall, the 63rd District Republican, will be joined by Jack O’Malley (R-101st), and Julie Calley (R-87th), Brenda Carter (D-29th) and Vanessa Guerra (D-95th).   Hall says he hopes to have the first meeting of the committee next week.