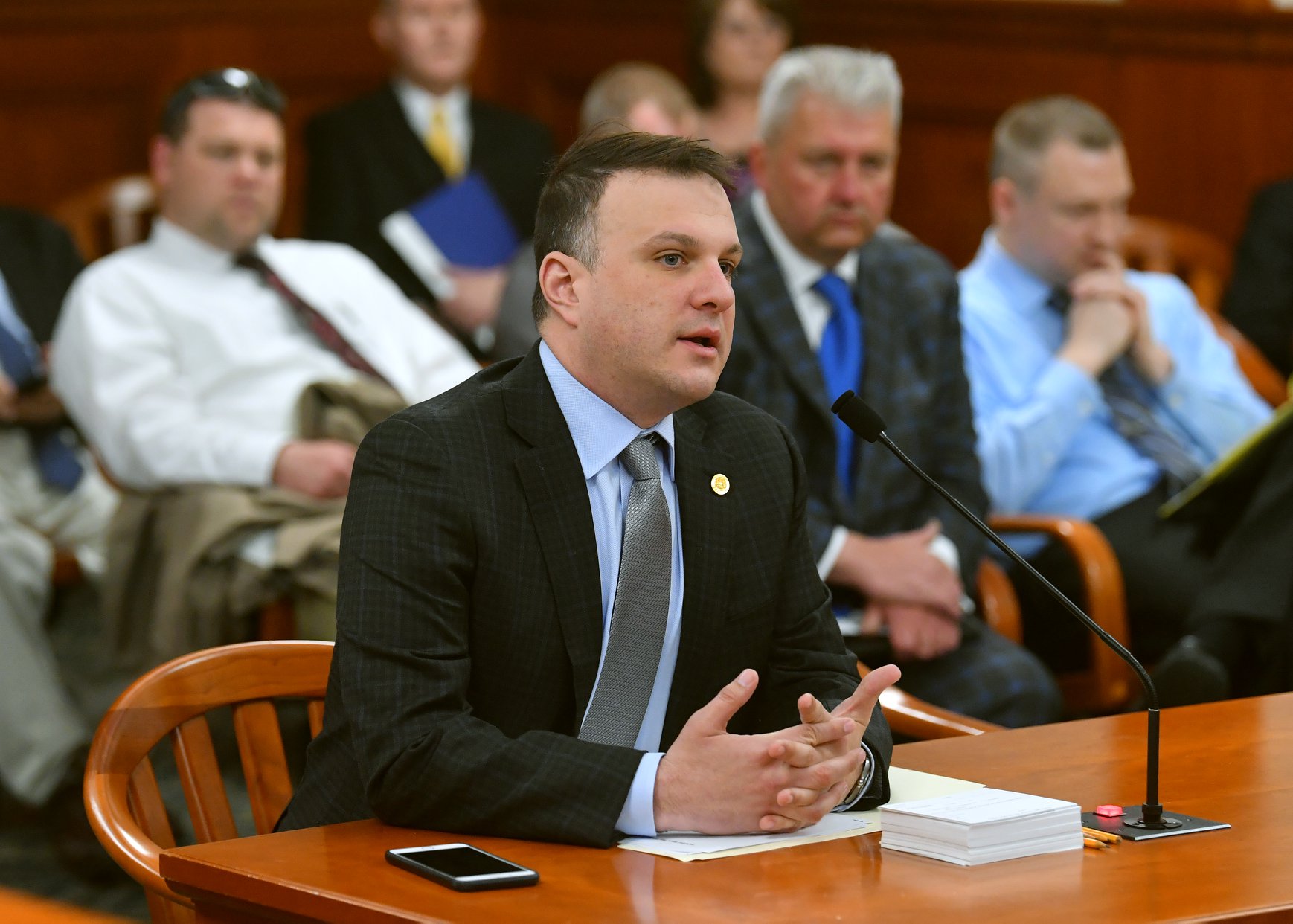 LANSING, Mich. — The Green New Deal has fierce opposition from Republicans in Lansing and concerns were voiced in a House committee Wednesday.

“It’s not through mandates and centralized planning schemes that we are going to fix the environment,” Hall said in the House Energy Committee Wednesday morning.

The resolution does not carry the weight of law, but Hall said he wants to represent the will of his constituents.

Democrats on the committee took issue with spending time on a resolution dealing with a national issue. Rep. Donna Lasinksi, D-Scio Township, said spending time on Hall’s plan was a waste of time.

“It’s us wasting tax payer money, tax payer time, debating and taking votes on resolutions on resolutions,” she said. “I’m very concerned that we are not spending our time as Michigan legislators on the issues that we have direct control and direct impact on.”

Hall said he has had several concerned constituents call and email him about the Green New Deal and other “radical” ideas from Cortez. When asked to produce those records to the Energy Committee, Chairman Joseph Bellino, R-Monroe, said the committee would not “go down that road.”

“Right now, the United States Congress, both in the House and Senate, have resolutions before them to embrace these radical proposals and so I think it’s incumbent on us to notify our senators and our congressional delegation on how we feel about these things,” Hall said.

Rep. Matt Hall, R-Emmett Township, is backing a resolution to "formally oppose the Green New Deal." He testified in committee this morning.
Watch the exchange below. 👇👇 pic.twitter.com/2wvg0WeUCc

Lasinski and other Democrats on the committee asked why Hall was bringing divisiveness to Lansing, as they suggested he was by bringing the resolution.

“I worked in Washington and I left because of the rhetoric and rancor,” Democratic Rep. Mari Manoogian of Birmingham said. “I wanted to come home and work on real issues facing Michiganders.”

On a party-line vote, the committee voted to approve the resolution, sending it to the full House for a vote. Hall said he believes his resolution has support and will pass.

“Are we going to be a socialist country?” Hall said. “You’re darn right I’ll be introducing a resolution every time there’s some radical proposal that will completely redefine our country as I have here.”